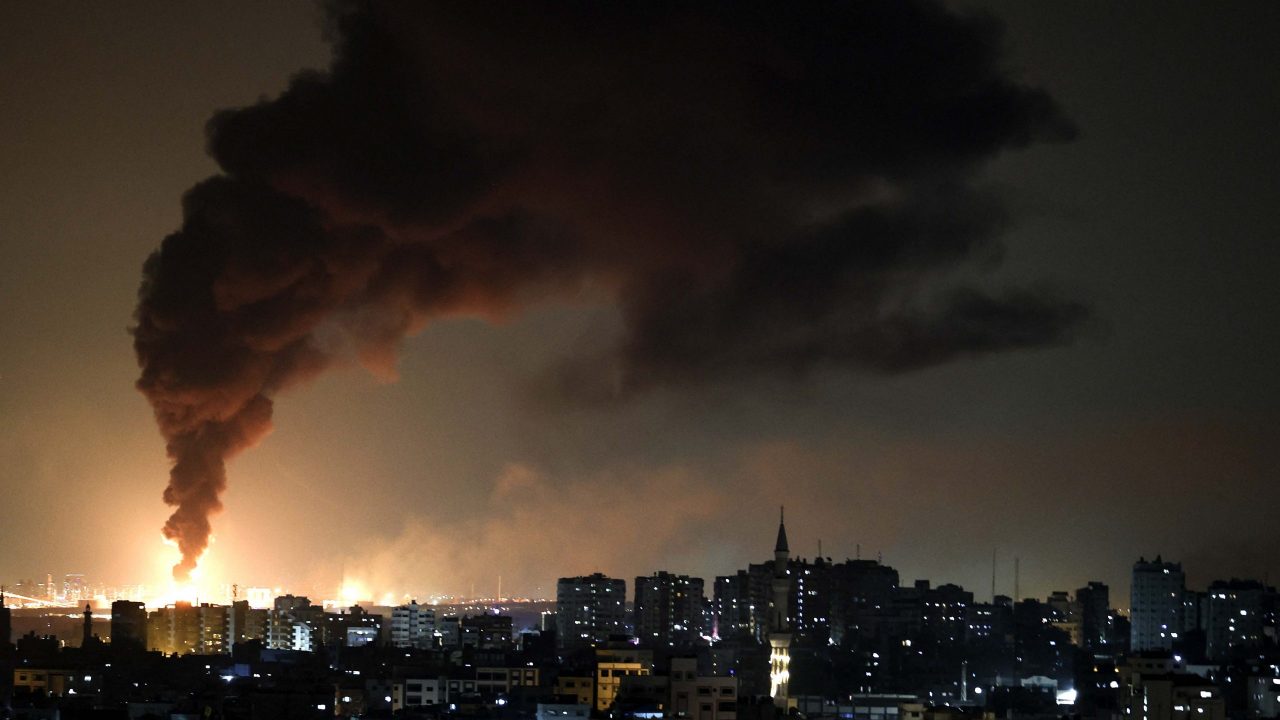 A confrontation between Israel and Hamas sparked by weeks of tensions in contested Jerusalem escalated as Israel unleashed new airstrikes on Gaza while militants barraged Israel with hundreds of rockets.

The exchange killed a number of militants yesterday and civilians in Gaza and at least three Israelis.

The barrage of rockets from the Gaza Strip and airstrikes into the territory continued almost nonstop throughout the day, in what appeared to be some of the most intense fighting between Israel and Hamas since their 2014 war.

The fire was so relentless that Israel’s Iron Dome rocket-defence system seemed to be overwhelmed. Columns of smoke rose from many places in Gaza.

The United States urges both Israel and the Palestinians to avoid “deeply lamentable” civilian deaths after air strikes by the Jewish state in response to rocket fire in Gaza, US State Department spokesman Ned Price tells reporters.

By late yesterday, the violence extended to Tel Aviv, which came under fire from a barrage of rockets launched from the Gaza Strip. A 50-year-old woman was killed. The outgoing volleys set off air raid sirens across the city, and the main international airport quickly closed.

Hamas said it launched a total of 130 rockets, its most intense strike so far, in response to Israel’s destruction of a high-rise building in Gaza earlier in the evening. The sound of the outgoing rockets could be heard in Gaza.

As the rockets rose into the skies, mosques across Gaza blared with chants of “God is great,” “victory to Islam” and “resistance”.

Israeli soldiers took cover as a siren sounds warning of incoming rockets fired from the Gaza Strip, in the southern Israeli town of Ashkelon.

One rocket struck a bus in the central city of Holon, just south of Tel Aviv. Medics said three people, including a 5-year-old girl, were wounded and the bus went up in flames.

Since sundown Monday, 28 Palestinians, including 10 children and a woman, were killed in Gaza, most by airstrikes, health officials there said. The Israeli military said at least 16 of the dead were militants.

Two women were killed by rockets fired from Gaza that hit their homes in the southern city of Ashkelon – the first Israeli deaths in the current violence. At least 10 other Israelis have been wounded since Monday evening.

After those deaths, Israeli Prime Minister Benjamin Netanyahu said officials decided to “increase both the strength and rate of the strikes” against militant groups Hamas and Islamic Jihad in the Gaza Strip.

Men of the Ogun State Police Command have arrested four members of a kidnap syndicate for abducting a 13-year-old girl in the Onipanu area of the Ado-Odo-Ota Local Government Area of the state. The Police Public Relations Officer in the state, DSP Abimbola Oyeyemi, disclosed this in a statement on Tuesday. Oyeyemi said the suspects, John Nelson, 21; Adeleke Ayotunde, 29; Adekunle Basit, 20; and Abbey Fagbemi, 20, were arrested […]