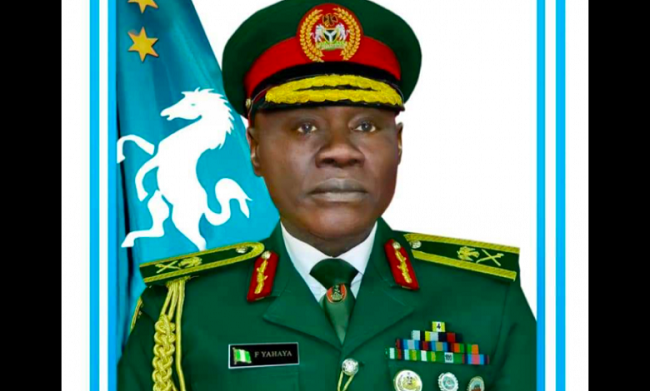 The Commander in Chief of the Armed Forces of the Federal Republic of Nigeria,  President  Muhammadu Buhari has appointed Major General  Farouk Yahaya as the new Chief of Army Staff.

The announcement was contained in a statement issued on Thursday by Brigadier General Onyema Nwachukwu, the Acting Director Defence Information.

Prior to his appointment Major General Yahaya was the General Officer Commanding 1 Division of the Nigerian Army and the incumbent Theatre Commander of the Counter-terrorism Counter Insurgency military outfit in the North East code-named ‘Operation HADIN KAI.’

Why Nigeria should not legalise cannabis, by NDLEA

NDLEA     The recent push by some stakeholders for legalisation of cannabis in Nigeria will rob the country of the gains so far made in the renewed war against drug abuse and trafficking, Chairman and Chief Executive of the National Drug Law Enforcement Agency (NDLEA), Brig. General Mohamed Buba Marwa (rtd), has warned.   He gave the warning in Abuja, yesterday, at a national security summit organised by the […]