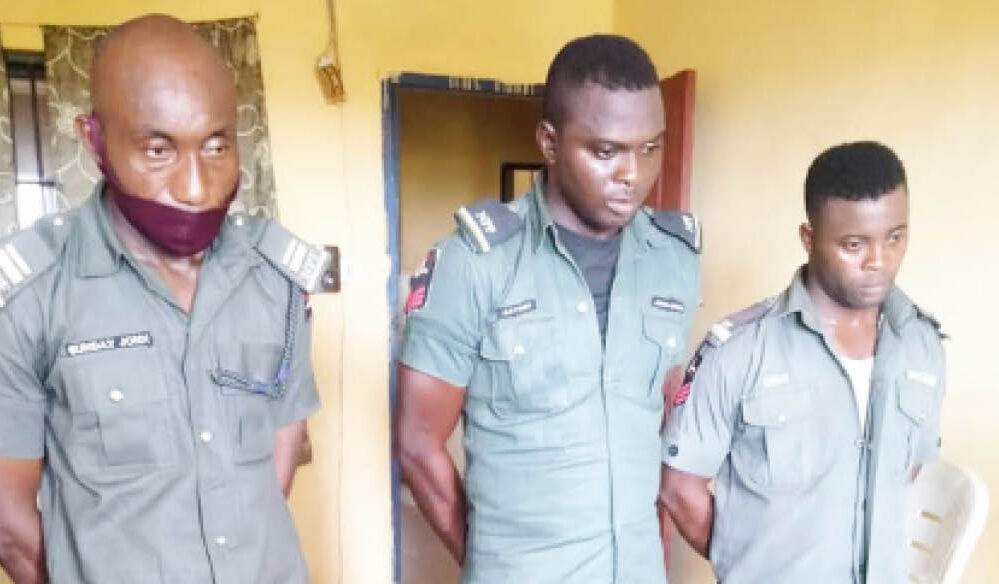 Three policemen who reportedly extorted N153,000 from one Sheriff Adedigba, a student of Lagos State University (LASU), have been dismissed from service.

Spokesman Abimbola Oyeyemi said the three men were promptly apprehended and the money recovered and returned to the LASU undergraduate.

Abimbola said the three were arraigned  at an Orderly Room trial and found guilty of corrupt practices, discreditable conduct and disobedience to lawful order.

They were dismissed from the force to serve as a deterrent, Abimbola said, noting that the student praised the commissioner of police for the prompt response  to the incident.

Bola Tinubu One time Lagos State governor and chieftain is the All Progressive Congress (APC), Asiwaju Bola Tinubu, has said that the security situation of the country requires serious evaluation and management. He gave this position while speaking to correspondents, on Monday night, after a meeting with President Muhammadu Buhari at the presidential villa, Abuja. While calling for cooperation and understanding with the present administration, he observed that no president […]