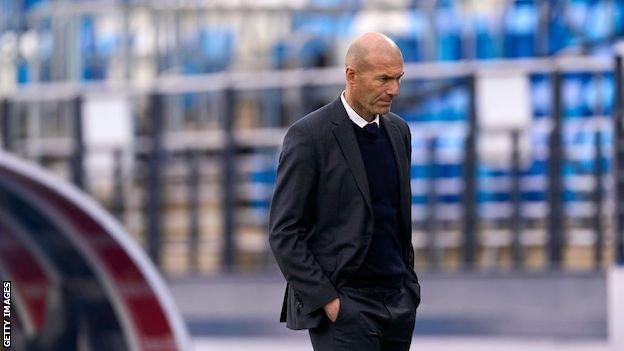 Zinedine Zidane says he resigned as Real Madrid manager because he felt the club “no longer had faith” in him.

The Frenchman left the La Liga club for a second time in his coaching career on 27 May after they failed to win a trophy during the 2020-21 season.

“I’m going, but I’m not jumping overboard, nor am I tired of coaching,” said the 48-year-old.

In an open letter to fans, published by Spanish media outlet AS, he added: “I’m leaving because I feel the club no longer has the faith in me I need, nor the support to build something in the medium or long term.

“I understand football and I know the demands of a club like Real Madrid. I know when you don’t win, you have to leave.

“I’m a natural-born winner and I was here to win trophies, but even more important than this are the people, their feelings, life itself and I have the sensation these things have not been taken into account.

“There has been a failure to understand that these things also keep the dynamics of a great club going. To some extent I have even been rebuked for it.”

The former France playmaker, who played for Real from 2001 to 2006, won three consecutive Champions League titles and a La Liga title in his first period as manager.

He secured a second La Liga title during his second spell in charge in 2019-20 and had a year remaining on his contract when he left.

Zidane said his 20 years at the Bernabeu were “the most beautiful thing that’s happened” in his life and that he would “always be grateful” to Real president Florentino Perez.

“I want there to be respect for what we have achieved together. I would have liked my relationship with the club and the president over the past few months to have been a little different to that of other coaches,” Zidane added.

“I wasn’t asking for privileges, of course not, just a little more recollection. These days the life of a coach in the dugout at a big club is two seasons, little more.

Reports that surfaced from various news outlets noted that a mass shooting in a Miami club resulted in the death of two people along with more than 20 people being injured. The incident went down on early Sunday (May 30), and officers who were on the scene say that three people got out of a white SUV and started firing off assault weapons and handguns at people who were […]