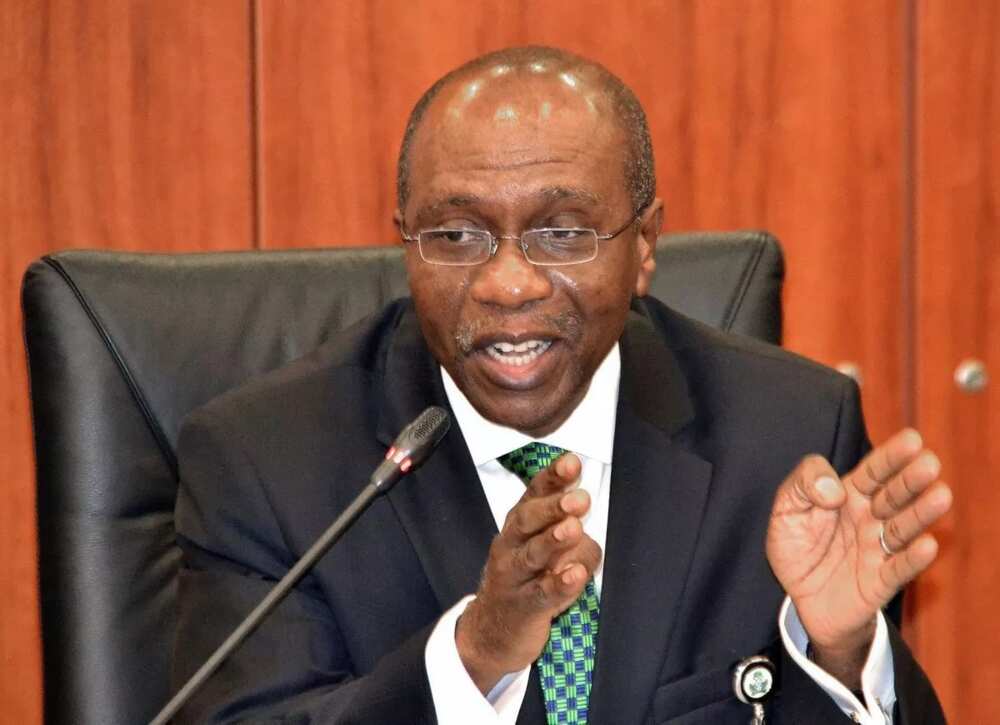 Some members on the bank’s Board of Directors (BoD) were fixed by the apex bank.

CBN’s Governor Godwin Emefiele said in Abuja that the decision taken by the CBN management was in line with its powers under the Bank and Other Financial Institutions Act (BOFIA) 2020.

Besides, he said the CBN considered itself a key stakeholder in management changes involving FBN due to the forbearances and close monitoring by the bank over the last five years aimed at stemming the slide in the going concern status of the First Bank.

He said: “It was therefore surprising for the CBN to learn through media reports that the board of directors of FBN, a systemically important bank under regulatory forbearance regime had effected sweeping changes in executive management without engagement and/or prior notice to the regulatory authorities.”

Justifying the CBN intervention, Emefiele said: “The insiders who took loans in the bank, with controlling influence on the board of directors, failed to adhere to the terms for the restructuring of their credit facilities which contributed to the poor financial state of the bank.”

The CBN appointed replacements for those sacked.

Emefiele said: “The CBN’s recent target examination as at December 31, 2020 revealed that insider loans were materially non-compliant with restructure terms (e.g. non perfection of lien on shares/collateral arrangements) for over three years despite several regulatory reminders.

“The bank (FBN) has not also divested its non-permissible holdings in non-financial entities in line with regulatory directives.”

First Bank of Nigeria, Emefiele said, was gradually working its way out of the dire situation it found itself before 2016 but the belligerence of some board members forced its hands.

The CBN boss said: “The bank maintained healthy operations up until 2016 financial year when the CBN’s target examination revealed that the bank was in grave financial condition with its capital adequacy ratio (CAR) and non-performing loans ratio (NPL) substantially breaching acceptable prudential standards.

“The problems at the bank were attributed to bad credit decisions, significant and non-performing insider loans and poor corporate governance practices.

“The shareholders of the bank and FBN Holding Plc also lacked the capacity to recapitalise the bank to minimum requirements. These conclusions arose from various entreaties by the CBN to them to recapitalise.”

However the CBN, Emefiele said, stepped in to stabilise FBN with the “appointment of a new Managing Director/ Chief Executive Office in January 2016.”

Other interventions highlighted by the CBN governor to save FBN from collapse, include granting it “regulatory forbearances to enable the bank work out its non-performing loans through provision for write off of at least N150 billion from its earning for four consecutive years”.

“Another is the granting of concession to insider borrower to restructure their non-performing credit facilities under very stringent conditions and the renewal of the forbearances on a yearly basis between 2016 and 2020 following thorough monitoring of progress towards exiting from the forbearance measures.”

The CBN governor said an interested party leaked information to him about plans to sack Adeduntan. To stop the move, he said he called Otudeko and “spoke to him that such changes will require CBN approval”.

Emefiele said he pleaded with Otudeko, sent a shareholder to also plead with him not to go ahead with the decision but they went ahead all the same.

He described FBN as a systemically important bank in the Nigerian banking sector “given its historical significance, balance sheet size, large customer base and high level of interconnectedness with other financial service providers, among others”.

The CBN governor noted: “By our last assessment, FBN has over 31 million customers, with deposit base of N4.2 trillion, shareholders’ funds of N618 billion and NIBSS instant  payment (NIP) processing capacity of 22 per cent of the industry.

“To us at the CBN, not only is it imperative to protect the minority shareholders, that have no voice to air their views, also important, is the protection of the over 31 million customers of the bank who see FBN as a safe haven for their hard-earned savings.”

The action by the board of FBN, Emefiele told journalists “sends a negative signal to the market on the stability of leadership on the board and management and it is in light of the foregoing that the CBN queried the board of directors on the unfortunate developments at the bank”.

He warned that the CBN took the decision to sack some FBN board members to send a clear message to bank shareholders who feel they are too big.

According to him, Mrs. Awosika was queried “but the response is no longer necessary in the light of the latest developments.”

Look beyond military in war against insecurity, EU tells FG

Ambassador Ketil Karlsen and other EU officials during a visit to President Muhammadu Buhari at the Presidential Villa, Abuja.   The European Union (EU) has advised the Federal Government to look beyond military deployment in the ongoing war against terrorism in the Northeast and other crises causing insecurity across the country. Addressing a media briefing ahead of Europe Day 2021, Head of the EU Delegation to Nigeria and to […]