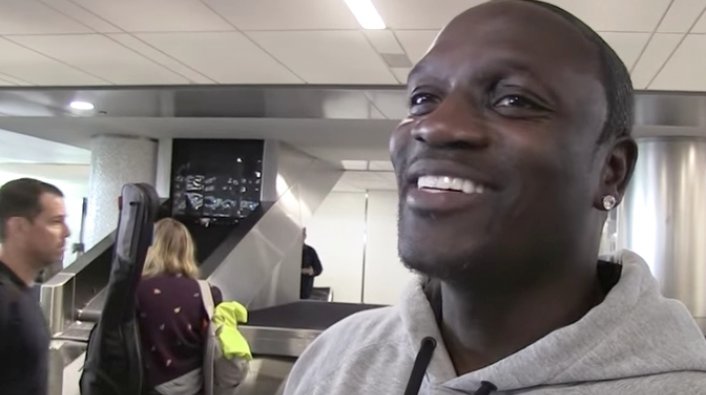 Akon’s Range Rover was recovered by police in Atlanta after it was stolen early on Tuesday (May 25) morning.

The incident happened at a QuickTrip gas station in the Buckhead neighborhood while Akon was pumping gas and left his SUV running. According to a report of the incident, police were able to track the SUV after Akon left his phone inside.

The report reads, “[Akon] stated that when his tank was almost full he noticed his white Range Rover … pulling off while he was still pumping his gas. Shortly after, you can see the suspect get out of the passenger seat of what looks to be a black four-door BMW sedan, get into the driver’s seat of the victim’s vehicle, and drive off with the black BMW following right behind.”

No arrests have been made in the incident.

Police are on the lookout for the vehicle, while Lt. Dorian Graham warned people in the city about leaving their cars running. He stated, “Any time you stop your vehicle and you leave your vehicle for just a split second, please turn your vehicle off and take your keys with you and secure your vehicle. We’re having far too many vehicles stolen because we are leaving our vehicles running.”

A similar incident happened to Ludacris earlier this year when his Mercedes was stolen while he left it running while going to the ATM.

Ify Onwuemene     Nollywood star, Ify Onwuemene, famed for her role in the popular sitcom ‘Everyday People’, has died of cancer. It was gathered that the actress, who died on Tuesday, had been battling endometrial cancer. Her colleague in the film industry, Gloria Anozie-Young, broke the news of her death via her Facebook page. Giving details about the death of the actress, Anozie-Young wrote, “With a deep sense of […]