On a night of intensive fan protests outside the Emirates Stadium calling for owner Stan Kroenke to sell up, Ek said he would be keen if Kroenke Sports & Entertainment (KSE) decided to heed their calls.

Ek said on Twitter: “As a kid growing up, I’ve cheered for Arsenal as long as I can remember. If KSE would like to sell Arsenal I’d be happy to throw my hat in the ring.”

Ek is worth £3.38bn (€4.7bn) according to Forbes, following the worldwide success of Spotify. In 2017 he was named the most influential person in the music business by American magazine Billboard. 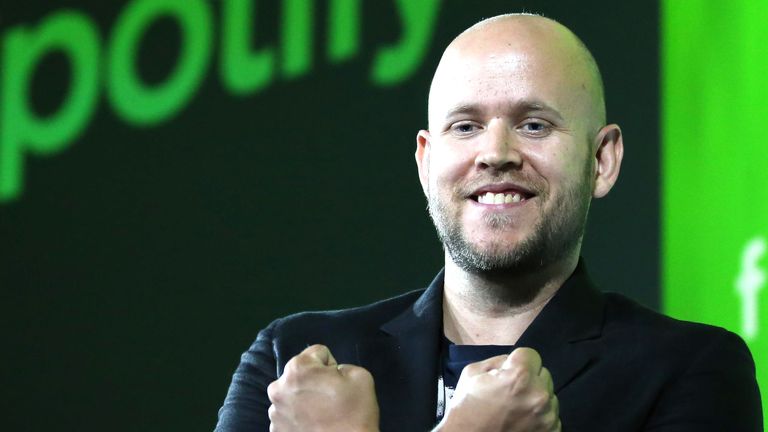 Image:Daniel Ek has declared his interest in buying Arsenal

He appeared to be reaching out to supporters as thousands massed outside the Emirates as Arsenal took on Everton, live on Sky Sports, on Friday night in protest at Kroenke’s involvement in the aborted attempt to set up a breakaway European Super League.

Many supporters have been unhappy with his management of the club for some time, having failed to qualify for the Champions League for the last three seasons running and struggled in midtable again this term under Mikel Arteta.

Kroenke’s son Josh spoke to a fans forum this week in which they apologised for their involvement, but they have since declared they have “no intention” of selling the club despite the controversy.