Chad on edge for Déby’s burial as rebels threaten advance 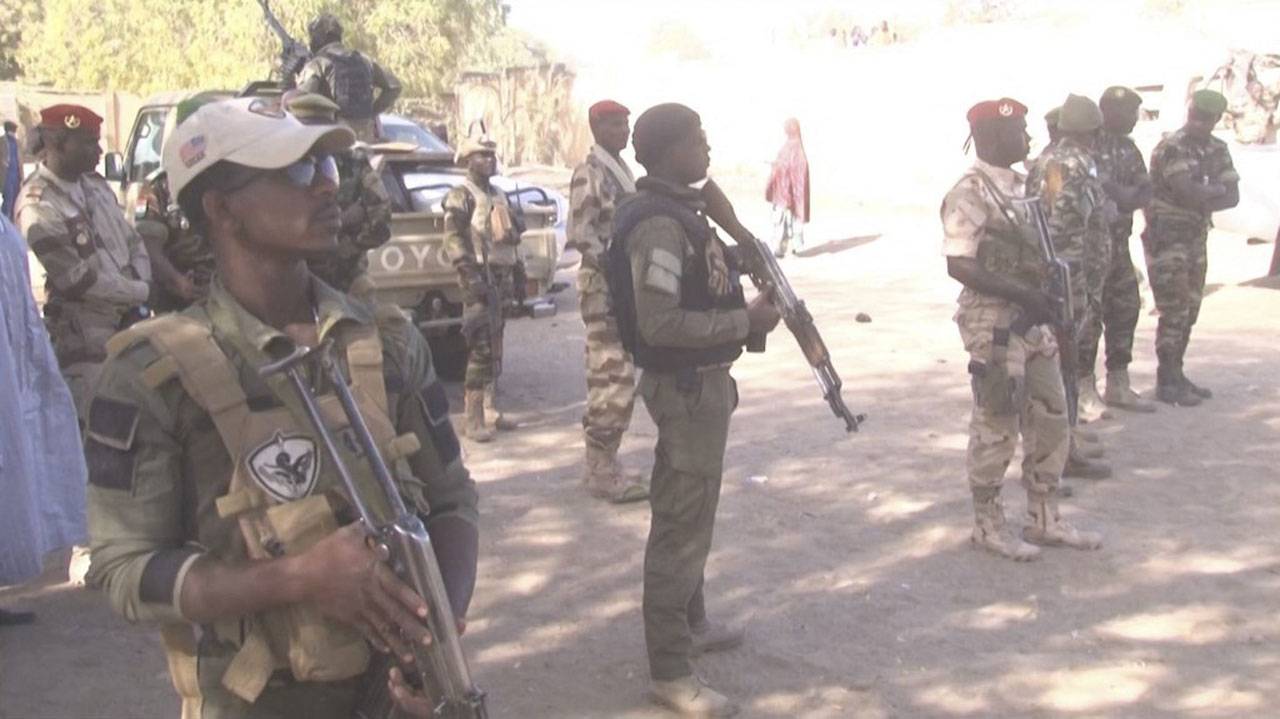 There is air-tight security and uneasy calm in Chad today, as about a dozen African heads of state and French President Emmanuel Macron are expected to attend the funeral of the late Chadian President, Idriss Déby Itno, in the face of threats from rebels to resume an offensive on the capital.

Several of the Chadian army officers, led by General Idriss Abdéramane Dicko, also refused to recognise the authority of the Transitional Military Council, led by Mahamat Idriss Déby. While Mahamat took over as head of the Military Transitional Council after the death of his father, the Chadian opposition denounces it as a coup.

As tension builds over the stalemate, expectations are high over the outcome of the African Union Peace and Security Council deliberation, which held yesterday over the situation in Chad and Somalia. A communiqué was still being expected as at press time on the position of the continental body over the political situation in Chad.

But the French Government, yesterday, threw its weight behind the military takeover in Chad. This was disclosed by French Foreign Minister, Jean-Yves Le Drian, although under the Chadian constitution, the Speaker of the House should have become the interim leader upon the death of an incumbent.

“There are exceptional circumstances,” Le Drian said. “Logically, it should be Mr Haroun Kabadi but he refused because of the exceptional security reasons that were needed to ensure the stability of this country.”

He added that the goal was for the military council to ensure it brokers stability in Chad before it then transits to civilian rule. Le Drian’s explanation may justify why most world leaders have shied away from condemning the military takeover in the oil-producing central African nation.

Despite objections from the opposition, the country’s military installed 37-year-old son of the slain leader, Mahamat, as president. The military also dissolved the government, the constitution and the parliament.

Rebel forces, a Libyan-based group of dissident army officers with the name Front for Change and Concord in Chad, have rejected the new government. They have threatened to press their offensive into N’Djamena, Chad’s capital. They however paused hostilities to allow the government time to bury Mr Déby. Labour unions have also called on workers to down tools in protest against a military takeover.

Already in the country yesterday evening were president of Niger, Bazoum; president of Mali, Ndaw; Prime Minister of Gabon, Rose Ossouka; President of Mauritania, El-Ghazaouani; and the Special Representative of the Secretary-General of the United Nations for West Africa and the Sahel, Mahamat Saleh Annadif. They were all received at the airport by the vice-president of the TMC, General Djimadoum Tiraïna.

French President Macron also touched down into the country last night around 8:45p.m. for the funeral. This is despite warnings from the rebels that foreign leaders should not attend for security reasons.

THE Federal Government yesterday warned that the killing of Chadian leader, Idriss Déby and the absence of the country’s influence on the border may worsen Nigeria’s security situation and that of other neighbouring countries of the lake Chad basin.

The Minister of Defence, Maj-Gen Bashir Magashi (rtd) declared the resolve to beef up security around its borders, particularly with the Republic of Chad following the ongoing unrest in the country, which the government said could escalate insecurity in Nigeria.

Magashi spoke to State House Correspondents at the special weekly briefing organised by the Presidential communication team, at the State House, Abuja. Magashi said to prevent a situation where bandits will infiltrate the borders, the influx of refugees into the country will be controlled.

“If there is no security in Chad, there will be a lot of trouble for all neighbouring countries. But thankfully we have a lot of ongoing military cooperation, through the Multinational Joint Task Force (MNJTF), which we expect to continue. We remain mindful of our borders and developments in Chad.”

He said: “When we heard of this unfortunate killing of the Chadian President, we knew that problem is bound to be replicated among neighbouring countries and Nigeria will be most hit by his absence.

“The problem is now going to be aggravated. Because we are not sure the direction in which that country is going to face. But I assure you that we are mindful of our borders, we are mindful of the development, and politically, the government is putting its head together to see how best they can restore the peace in that country.

“We are also afraid of the issue of weapons and armament. Before now, Chad has been the one stopping most infiltration of weapons and the rest of it. Now, that could become free for all right from Libya down to Nigeria. It’s very easy now because of the absence of the influence of Chad in that route. So we also have to take care of that. All we are praying is that African countries find a solution to the problem of Chad and get in a more corrective society as respected by international organisations.”

MEANWHILE, President Muhammadu Buhari yesterday met behind closed doors with some state governors from the Northern part of the country. The governors, led by Chairman of Northern Governors Forum, and Plateau State governor, Simon Lalong, were joined by the Chief of Staff to the President, Prof Ibrahim Gambari inside the Presidential Villa, Abuja.

Speaking to newsmen on the purpose, Lalong said: “This meeting is in respect of some of the common features of insecurity that we have within our states.

You will recall that many of the states have some of the insecurities that are very similar. So we put them together and see how to address some of those issues. And we felt that we must also meet Mr. President about it since it is about the insecurity.”

IN another development, the United States has listed 14 Nigerian states for being rife with terrorism, banditry and kidnapping in its latest travel advisories. In the updated advisory, the U.S. State Department warned its citizens to avoid the states.

The states are Borno, Yobe, and Adamawa due to terrorism and kidnapping; and Bauchi, Gombe, Kaduna, Kano, Katsina, and Zamfara due to kidnapping.

It also banned American citizens from going to coastal areas of Akwa Ibom, Bayelsa, Cross River, Delta, and Rivers (with the exception of Port Harcourt) due to crime, kidnapping, and maritime crime.

The U.S. State Department in a country summary on Nigeria wrote: “Violent crime – such as armed robbery, assault, carjacking, kidnapping, hostage taking, banditry, and rape – is common throughout the country.

“Kidnappings for ransom occur frequently, often targeting dual national citizens who have returned to Nigeria for a visit, as well as U.S. citizens with perceived wealth. Kidnapping gangs have also stopped victims on interstate roads.

“Terrorists continue plotting and carrying out attacks in Nigeria, especially in the Northeast. Terrorists may attack with little or no warning, targeting shopping centers, malls, markets, hotels, places of worship, restaurants, bars, schools, government installations, transportation hubs, and other places where crowds gather.

Terrorists are known to work with local gangs to expand their reach.

MEANWHILE, the convener of The New Nigeria Group, Mazi Sam Ohuabunwa, has called on all political leaders in the country to convene a national consultative assembly of all ethnic nationalities to discuss ways to calm the nation, starting with addressing all issues of injustice.

President Buhari issues another hollow threat to terrorists     President Muhammadu Buhari has issued yet another hollow threat against rampaging terrorists in Nigeria’s Northwest, ordering the security agencies to step up their acts. “These criminals should stop pushing their luck too far by believing that the government lacks the capacity to crush them,”Buhari said in a statement rolled out by spokesman Garba Shehu. According to Shehu, Buhari has directed […]