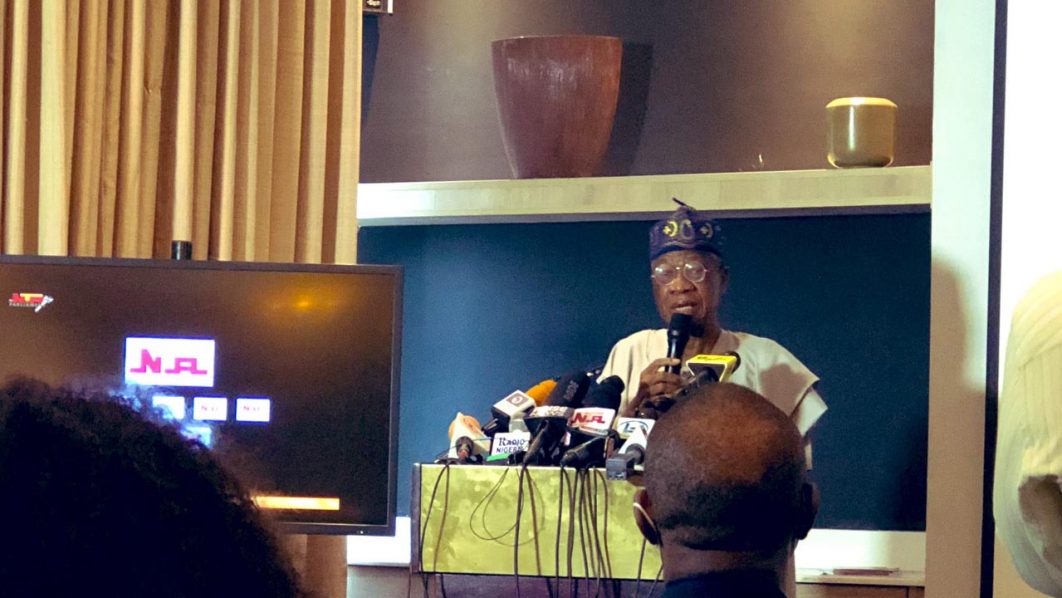 Culture, Alhaji Lai Mohammed, has said that the new digital switchover (DSO) will generate at least one million jobs in three years.

Mohammed, who stated this, yesterday, while addressing stakeholders in broadcast industry in Lagos, directed the National Broadcasting Commission (NBC) to set up special units that would report to his office on the implementation of the DSO reforms.

He also directed GoTV and StarTimes to stop self-carriage by the end of June this year, which he said, was part of efforts to make the DSO proposition viable.

According to him: “The Federal Ministry of Information and Culture considers the DSO as one of its priority projects because of its potential to create jobs, bring governance closer to the people through better access to information, thus deepening democracy, bring the Internet to millions of homes and also provide quality programming, especially those produced locally, to Nigeria’s estimated 24 million television households, with high fidelity pictures and sound.”

He said the programme had gone live in the Federal Capital Territory (FCT) and also launched in Jos, Plateau State, on April 30, 2016.

“Since then, we have gone live in Kwara, Kaduna, Enugu, and Osun states. With the recent approval by the Federal Executive Council (FEC) of outstanding payments to key stakeholders in the DSO project, we are moving rapidly to cover the remaining 31 states.

He said that the DSO was about stimulating local content and empowering platform owners, adding: “It’s about creating jobs for our teeming population, especially the very creative youth population. As I have said at many fora, this project is capable of generating one million jobs in three years.

“Distribution, which entails supplying the market with set-top boxes, TVs and Dongles for the Internet, will require at least 100,000 wholesalers, retailers, electricians, installers, marketers, and payment solution providers to cover the entire country, while TV and online advertising can create a further 50,000 jobs.”

The minister noted that the government had amended the code to stimulate growth in the advertising industry, introducing regulations mandating media agencies and advertisers to offset all outstanding invoices within 60 days related to advert placement and the barring of carriage of adverts of defaulters.

He also said under the new amendment, for a programme to qualify as local content, it must be authored, directed and produced by a Nigerian and in addition, at least 75 per cent of the leading actors and major supporting cast must be Nigerians.

A new strain of Coronavirus currently killing twice as many people as other variants have been detected in Kent, a county in Southeast England, a UK-based newspaper, Daily Record has announced. The new variant discovered in Nigeria has sparked fears it could be even deadlier than the South African form, according to reports. Experts in the country are concerned a rise in cases of mutant strains this week could impact lockdown, […]