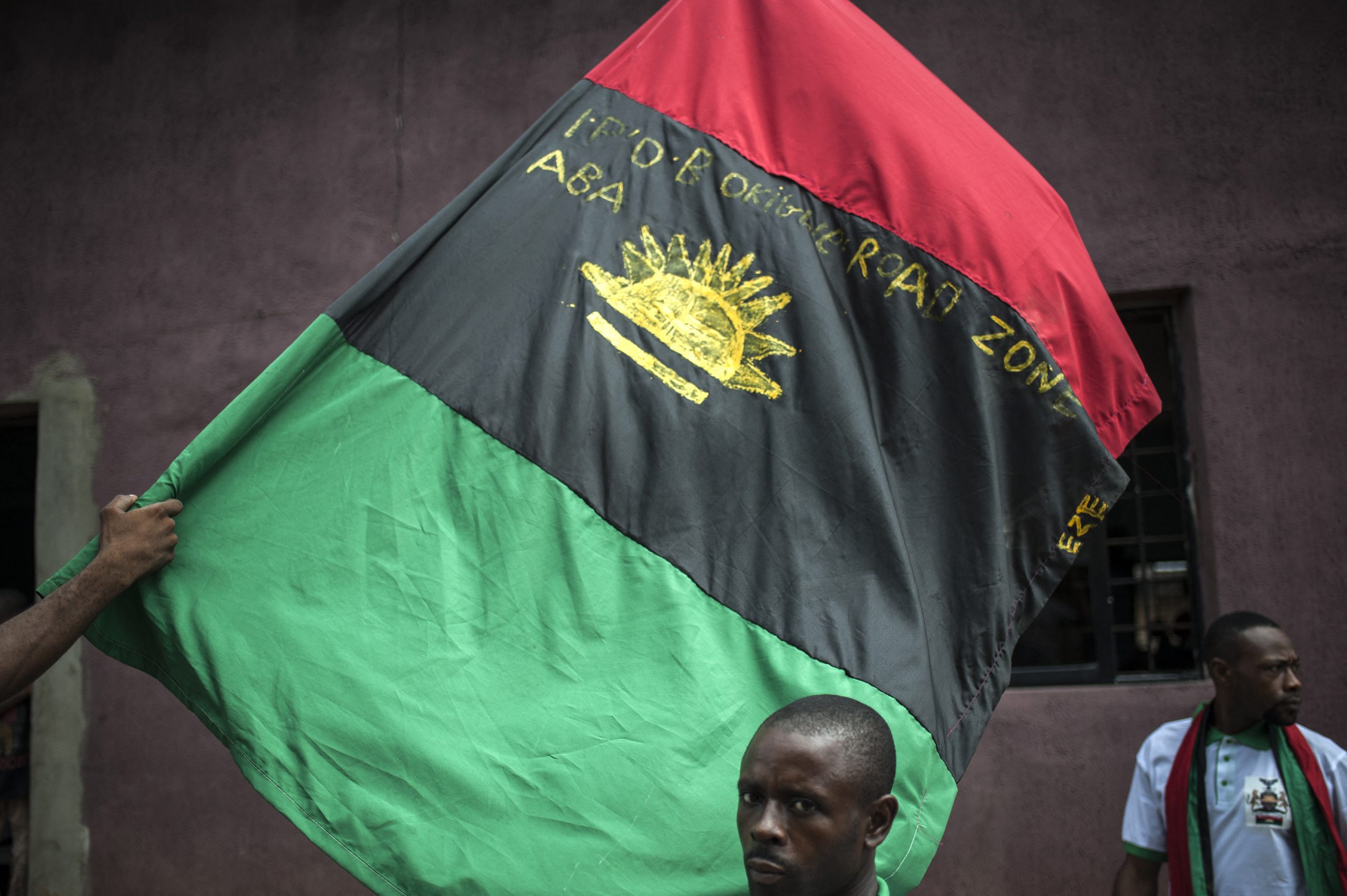 Uncertainty trailed the already tension-soaked Southeast region yesterday, when the aide of former President Goodluck Jonathan, Ahmed Gulak, was intercepted and shot dead on his way to Sam Mbakwe Airport in Imo State.

Tension had enveloped the five states in the Southeast over yesterday’s sit-at-home order by pro-Biafra agitators, proscribed Indigenous People of Biafra (IPOB), to mark this year’s Biafra Remembrance day in honour of millions of people who died in the war between 1967 and 1970.

The leading separatist group in remembering war victims over two days, with a candlelit march on Sunday evening and a strict order for people to remain indoors on Monday for their own safety.

The streets of Owerri, the Imo State capital, were empty yesterday until the eerie calmness was broken with the gruesome killing of Gulak. The former Presidential aide and Adamawa politician, who in 2019 served as the chairman of the All Progressives Congress (APC) committee that conducted the governorship primaries in Imo, was ambushed by six gunmen.

A statement issued by the police spokesperson in the state, Bala Elkana, disclosed that only Gulak was killed by the gunmen in a vehicle he was riding to the airport. Elkana said Gulak left his hotel room in Owerri on Sunday morning to catch a flight at Sam Mbakwe International Cargo Airport, Owerri, without informing the police despite the security situation in the state.

The statement disclosed that the state Commissioner of Police, Abutu Yaro, had ordered a discreet investigation into the murder incident. “On May 30, around 7:20 a.m. armed bandits intercepted and attacked a Toyota Camry cab carrying Ahmed Gulak and two others who were on their way to Sam Mbakwe Airport.

“Ahmed Gulak left his room at Protea Hotel without informing the police nor sister agencies in view of the fragile security situation in the Southeast and Imo in particular. He left without any security escorts and while the cab driver took the irregular route to the airport, six-armed bandits, who rode in a Toyota Sienna intercepted, identified and shot at Gulak around Umueze Obiangwu in Ngor-Okpala Local Government Area, close to the airport,” the statement read.

Two weeks ago, the Acting Inspector General of Police, Usman Baba, had suspended police personnel from escorting VIPs in the five states of the Southeast and Rivers. The directive was contained in a police wireless message following attacks on policemen by IPOB members and its paramilitary wing, the Eastern Security Network (ESN).
PRESIDENT Muhammadu Buhari last night expressed outrage and disgust over what he called “the heinous murder of Gulak.” Reacting to the development, the President said: “I am repulsed by such premeditated and gruesome murder of Gulak by evil people who are determined to undermine the peace, unity and territorial integrity of our country.

“Let me warn however that nobody or group of people who engages in such despicable acts should expect to go free. We will deploy all resources at our disposal to ensure that such callous and criminal elements are brought to justice.”

Ondo State Governor, Oluwarotimi Akeredolu, has described the news of Gulak’s death as shocking and disturbing. In a statement, he said: “This is unacceptable. This is one murder too many. It is senseless and wicked. The perpetrators of this heinous act are enemies of this country.

“We use this medium to express our solidarity with our brother, Governor of Imo, Hope Uzodimma. We admonish him and other governors in the Southeast to confront the current security challenge and end the bloodbath in the land. This cowardly act is calculated to instigate Nigerians against one another, particularly Northerners, against the Igbo living outside the Southeast.”

MEANWHILE, IPOB has said it was not responsible for the death of Gulak, stressing that his death was a “professional assassination”. Denying involvement in the attack, IPOB spokesman, Emma Powerful, insisted that members of the group did not carry out the attack.

He said: “This is political assassination; we are not in the same party with Gulak. Uzodimma and APC know about Gulak’s death; we do not know anything about his movement, talk more of him being in the state.”

NYCN National President, Isah Abubakar, in a statement in Maiduguri, said: “The state government must give an account of those who killed Gulak. The Federal Government should act appropriately to avoid the current situation from escalating into a civil war.”

The group, while threatening to take revenge, said: “The governor, who is the chief security officer of the state, must bring those involved in the assassination to justice.”

Also, the Coalition of Northern Groups (CNG) has alleged the Igbo people are preparing the ground for another civil war with Gulak’s assassination. CNG in a statement by its spokesperson, Abdul-Azeez Suleiman, said the coordinated attacks on police formations in the region is part of a wider plan by the Igbo to replicate the ugly events of 1966.

Already, the House of Representatives Special Committee on Constitution Review Zonal Public Hearing scheduled to take place in Owerri Centre for Imo and Abia States on Tuesday and Wednesday has been suspended until further notice. Deputy Speaker and Chairman, House Special Committee on Constitution Review, Ahmed Wase, in a terse statement regretted any inconveniences the shift might cause invited guests, stakeholders and the general public.

The decision may not be unconnected to the murder of Gulak. While circumstances surrounding the death were yet to be unraveled, gunmen on the rampage set ablaze a vehicle belonging to a House of Representatives member as well as the office of the Independent National Electoral Commission (INEC) in the state.

Also, the Abia command of the Nigeria Immigration Service (NIS) located on the Umuahia-Aba expressway at Ubakala in Umuahia South LGA, was attacked and set ablaze by gunmen.

Governor David Umahi of Ebonyi State yesterday directed that those who would remain at home during today’s sit-at-home order to mark the anniversary of Biafra would not be penalised. This order was contained in an announcement by the Special Assistant to the Governor on Media, Mr. Francis Nweze.

Governor Umahi had during a live broadcast to mark the second year of his second term threatened that anybody who stays at home today would have his store or shop forfeited. But Umahi last night said he had received requests from residents, that they would like to remain indoors on Monday, to organise private family prayers in honour of their loved ones who were murdered during the civil war.

While saying that some of the people with this special request own shops, he noted that it is the right of anyone to remain at home or go about his/her normal businesses.