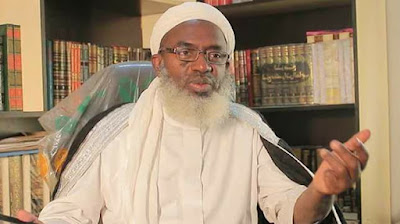 If the words of Islamic scholar Sheikh Ahmad Gumi are anything to go by, then, there is hope for the remaining 16 abducted Greenfield University students.

He said negotiations were ongoing with the kidnappers, following their threat to kill the undergraduates, should N100 million not be paid.

The Islamic scholar spoke with reporters in Kaduna after receiving parents of the freed students of the Federal College of Forestry Mechanisation, Afaka, who came to thank him.

“Talk is ongoing with Greenfield University students’ abductors. You know they threatened to kill all of them after a particular deadline, but after talking to them, they are now lowering their bar.

“So, we are thankful they have stopped killing. And we are still negotiating with them. I hope this Afaka case will also encourage them to know that there is hope in negotiation and release the children,” he said.

On his role in securing the release of the 27 Afaka students, Gumi said: “The role I  and former President Olusegun Obasanjo played is that of mediators because the fight is not between us and them, but between the bandits and the government.

“What we understand is that these people are trying to attack the government by attacking the institutions and take innocent children.

“Having understood that, we concluded that this is not a hopeless situation; we can go in and negotiate for the release of these children, which we did after so many ups and downs.

“But, in the long run, a conclusion was reached and these children are out. So, we are happy that all of them are out and none was killed.”

Gumi would not confirm whether there was a swap deal.

He said: “I cannot confirm that, but I can quote the Governor of Kaduna State when the children of Chibok were kidnapped by Boko Haram.

“He said it is the duty of the government to use whatever means possible to save the lives of Chibok girls.

“This is a general rule that life is more precious. Now, I am happy that 27 lives have been saved.”

Parents of the 27 Afaka students are yet to be reunited with them after 57 days in captivity.

The reunion, billed for yesterday, was postponed till today.

A statement by the parents signed by Malam Abdullahi Usman and Catherine  Saleh thanked God and all those who played one role or the other towards the release of their children.

It reads in part: “It is pertinent for us to effect an important correction on the number of the released students. They are 27, not 29, as reported by some media.

“The total abducted students were 39, out of which two escaped not long after the abduction. Ten were released in two batches of five each, leaving the remaining 27, who were released Wednesday, 56 days after their abduction.

“We, as parents, made several efforts to secure the release of the students. We even took our peaceful march to the National Assembly on Tuesday, presented our plight and prayed for the intervention of the lawmakers in securing the release of our children.

“We are grateful that we did not leave any stone unturned on the path to where we have arrived today.

“The 27 released students were received at a location in Kidanda, Giwa Local Government, and conveyed to Kaduna. On arrival in Kaduna, they were taken to the Police College Clinic for a medical checkup.

“We extend profound gratitude to all Nigerians and lovers of humanity at home and abroad who showed up and showed out in solidarity as we went through the dark horrendous period of waiting and hoping for the return of our children.

“We are unable to thank nearly enough everyone who stood by us and for the sacrifices you made in your various capacities financially, morally, spiritually and otherwise.

“We most especially register our immense gratitude to former Presidents Olusegun Obasanjo, and Abubakar Abdulsalami, Sheikh Ahmad Abubakar Mahmud Gumi, and the Provost of the College, Dr Usman, for the various roles they played in securing the release of our children…

“We call on the government to get more serious and to aggressively pursue safe schooling as a pertinent agenda to give parents the confidence to send their children to school.

“If the schools remain as security porous as they are now, many may not find it worth the trouble to enrol their children in schools anymore.”

Twitter on Thursday confirmed that it pulled the plug on several accounts trying to skirt its ban on former president Donald Trump by promoting his blog posts. The ex-president launched a page on his website earlier this week promising a comment “straight from the desk of Donald J Trump.” The page was made public just before Facebook’s independent oversight board on Wednesday upheld the platform’s ban on Trump. Twitter accounts […]