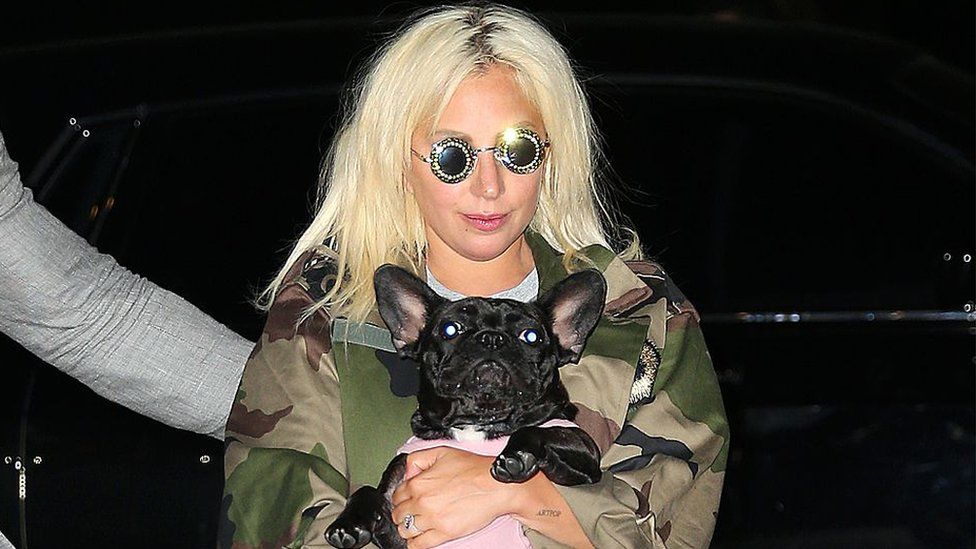 Five people have been arrested over the violent theft of two French bulldogs belonging to US artist Lady Gaga.

Mr Fischer had to have part of his lung removed but survived the attack, and has since left the hospital.

On Thursday Los Angeles police announced they had charged three suspects for the incident itself as well as two others as accomplices.

James Jackson, Jaylin White and Lafayette Whaley – aged 18, 19, and 27, respectively – have been charged with attempted murder and robbery.

Officers also charged 40-year-old Harold White – Jaylin White’s father – and Jennifer McBride, 50, with accessory to attempted murder. Ms McBride returned the dogs to the police two days after the theft, after Lady Gaga had offered a $500,000 (£359,000) reward for their return.

“Detectives were able to establish McBride had a relationship [with] Harold White,” a Los Angeles police press release said.

Police said they did not think the attackers were aware Mr Fischer worked for Lady Gaga – whose real name is Stefani Germanotta – when they attacked him.

But evidence suggested they knew “the great value of the breed of dogs”, which was “the motivation for the robbery”.

Mr Fischer was walking the three dogs in a residential area of Hollywood at night when the attackers pulled up in a car.

He was shot in the chest with a semi-automatic handgun and two of the dogs were taken. Another of Lady Gaga’s bulldogs, Asia, was unharmed in the incident.

Mr Fischer later described Asia as his “guardian angel” who gave him the determination to survive.

“My panicked screams calmed as I looked at her, even though it registered that the blood pooling around her tiny body was my own,” he wrote in an Instagram post in March.

“I cradled Asia as best I could, thanked her for all the incredible adventures we’d been on together, apologised that I couldn’t defend her brothers, and then resolved that I would still try to save them… and myself.”

Why I want to buy Arsenal – Spotify owner, Daniel Ek

Spotify founder and CEO, Daniel Ek, has revealed why he intends to buy London-based football club, Arsenal, from its current American owners, Kroenke Sports & Entertainment. According to Ek, ownership of Arsenal would present a “tremendous opportunity to set a real ambition for the club to bring it back to its glory.” The 38-year-old Swedish entrepreneur made the revelation during an interview on Wednesday on the CNBC show, “Squawk on […]