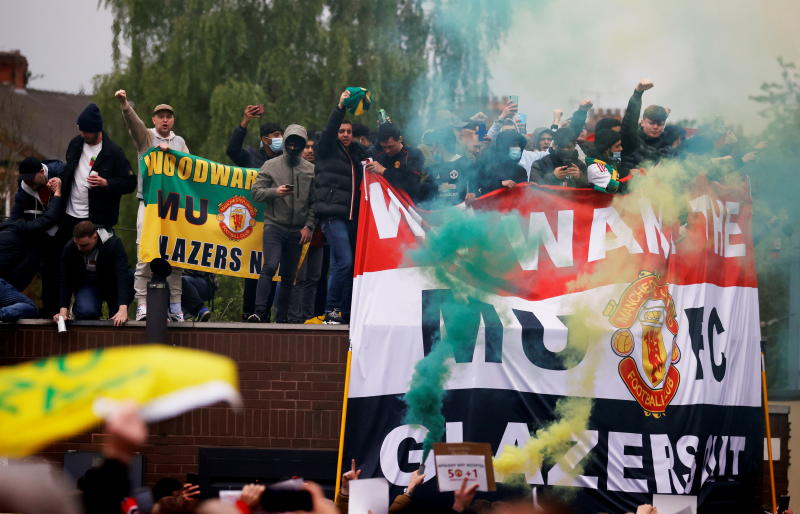 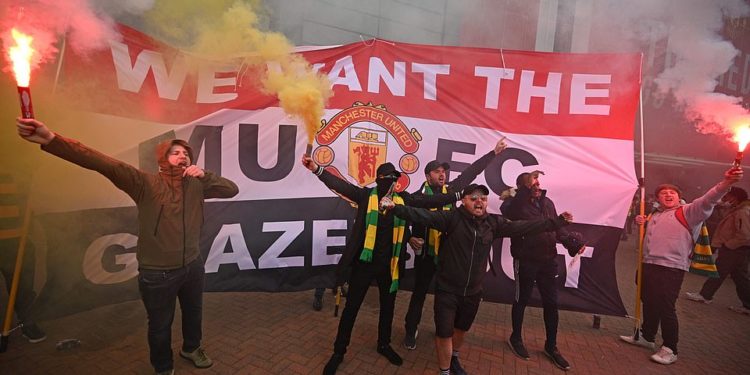 Hundreds of fans stormed the pitch just hours before the scheduled start to protest against the Glazer family ownership and their plans to join the breakaway European Super League (ESL).

As a result, the match on Sunday that was due to start at 4.30pm local time (7.30pm UAE) was postponed due to safety concerns.

United and Liverpool players were unable to travel to the stadium where supporters and police clashed.

Although the crowds were later dispersed, United said the game was postponed “due to safety and security considerations around the protest” after discussions with police, authorities and the league.

“Our fans are passionate about Manchester United, and we completely acknowledge the right to free expression and peaceful protest,” United said in a statement. “However, we regret the disruption to the team and actions which put other fans, staff, and the police in danger. We thank the police for their support and will assist them in any subsequent investigations.”

The Premier League, which was yet to announce a new date for the match, expressed concern.

“The security and safety of everyone at Old Trafford remains of paramount importance,” the Premier League said in a statement.

“We understand and respect the strength of feeling but condemn all acts of violence, criminal damage and trespass, especially given the associated COVID-19 breaches. Fans have many channels by which to make their views known, but the actions of a minority seen today have no justification.

“We sympathise with the police and stewards who had to deal with a dangerous situation that should have no place in football.”

The postponement meant Manchester City have to wait to lift the title. If second-placed United had lost the game against Jurgen Klopp’s team, league leaders City would have won the Premier League crown.

The Press Association reported that some protesters gained access to the ground via the Munich Tunnel, after pushing down barriers and despite the presence of security guards.

A protest was planned outside the ground at 2pm UK time, with fans arriving at least an hour before.

Many fans already had reservations about the Glazer family ownership and plans for ESL proved to be the tipping point. In a rare public statement, United co-chairman Joel Glazer apologised to fans for the breakaway tournament.

“You made very clear your opposition to the European Super League, and we have listened. We got it wrong, and we want to show that we can put things right,” he had said.

“Although the wounds are raw and I understand that it will take time for the scars to heal, I am personally committed to rebuilding trust with our fans and learning from the message you delivered with such conviction.”

Umoren   The Akwa Ibom State Police Command has arrested a suspected fake recruiter, Uduak Akpan, for allegedly raping and killing a jobseeker, Iniubong Umoren, in the Airport Road area of Uyo. It was gathered that Umoren had on Thursday gone for a job interview after Akpan allegedly lured her with a fake offer on social media. However, a few minutes after she sent a message to her friend, Umoh […]