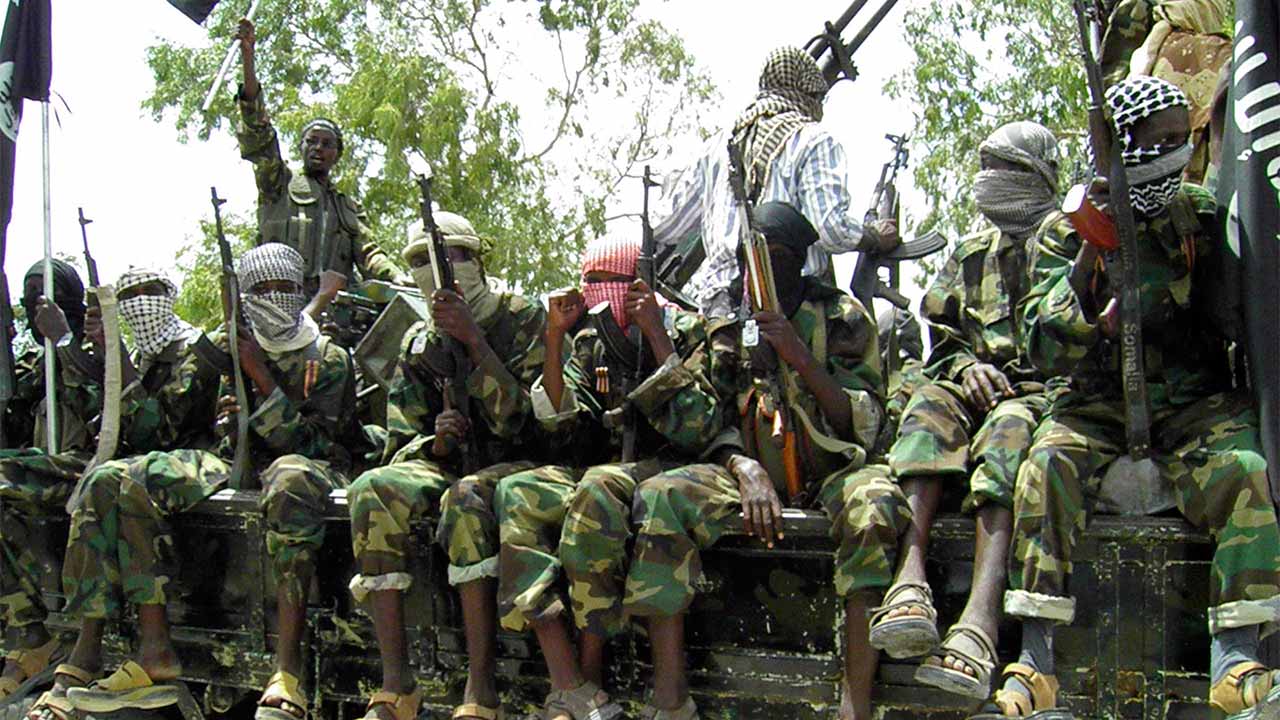 It’S an unending gale of insecurity unleashed across the country daily while security agencies appear to be stretched beyond limits. While some locations are under terror siege, with the state of alertness constantly on red; other locations are oscillating between amber and green, with heightened tension and scare.

On Wednesday night, gunmen abducted a yet-to-be-determined number of students of the Abia State University, Uturu (ABSU). This was confirmed by the state government yesterday. According to a statement signed by the Commissioner of Information, John Kalu, the students were abducted along the Okigwe-Uturu road in the state.

“Preliminary information available to us indicates that the students were moving in a mini-van from Okigwe to Uturu between 7:00p.m. and 8:00p.m. when they ran into the armed gang who marched them into the nearby forest along with other yet-to-be identified travelers. Two of the students managed to escape while others are still being held at a yet-to-be identified location,” the statement said.

When contacted, the police said they were working hard to rescue the kidnapped students. The abduction is the latest in a series of attacks targeted at schools and students across the country.

It would be recalled on March 11, 39 students of the Federal College of Forestry Mechanisation, Afaka, Kaduna State, were kidnapped by bandits. Out of the 39 students, 37 had so far been released after 56 days while two students remained in captivity. Aside the Afaka abduction, another 23 students and a member of staff of Greenfield University, Kaduna were also abducted from the school on April 20. Few days later, five of the students were killed by the bandits, one was released on Tuesday and the fate of the remaining victims still hang in the balance.

ANOTHER policeman was reportedly killed by unknown gunmen in Ebonyi State in the early hours of yesterday as the gunmen invaded Obiozara police station in Ohaozara local government area. The gunmen, who invaded the station around 3:00a.m., set ablaze the office of the Divisional Police Officer and the admin building. A source in the area noted that the main police station at the LGA was burnt down during #EndSARS protest.

Police spokesman, Loveth Odah, who confirmed the attack, said the gunmen invaded the station in their numbers. This is coming five days after a police officer was killed in another attack on Abaomege Police Station in Onicha Local Government Area of the state.

IN Niger State, dozens of people have been kidnapped from Shadadi town in Mariga local government area. According to a resident, more than 1,000 gunmen had attacked, killing eight persons and wounding four, adding that almost all the villagers have fled to neighbouring towns.

The Niger State Commissioner for Information, Sani Idris, confirmed the attack but said the number of people allegedly abducted was less than 100. He said they were currently compiling statistics of the number of people affected by the attack and had already sought the Federal Government’s cooperation.
ALREADY, parents and guardians in nearly Federal Capital Territory (FCT), Abuja, particularly, Bwari Area Council, have started withdrawing their wards enmasse from schools over build up of hundreds of suspected Fulani militia in Sabon-Wuse, a border town with Niger State.

According to reports, the suspected Fulani militia disguised as nomadic herders crossed the Abuja-Kaduna highway near Sabon-Wuse town in Niger on Wednesday, causing pandemonium as residents panicked thinking it was an attack. The group, comprising a large number of men, women and children, got to the area moving with a great herd of cattle, sheep, donkeys and camels.

The movement caused a flurry of activities in Bwari, an area that hosts the Nigerian Law School, prompting the withdrawal of students from institutions around the vicinity. The incident also caused significant media activity as social media handles asked parents to withdraw their wards from schools in the area.

But the FCT Police Command yesterday dispelled the scare as rumour. The command’s spokesperson, ASP Mariam Yusuf, said: “Abuja has already deployed proactive measures to that effect. It did not happen in Abuja, Sabon Wuse is in Niger State.

Also, the FCT Administration Education secretariat reiterated the safety of pupils in various schools across the territory. The Director, Administration and Finance, Mallam Leramoh Abdulrazaq, said: ‘’We are assuring the general public of the safety of our pupils in all schools in the FCT. There is no need for parents and pupils to panic because our schools are safe from bandits and kidnappers.”

NOT moved by the assurances, the House of Representatives is set to commence investigation into the N2 billion safe school initiative intervention programme of the Federal Government. The programme was launched in 2014 to promote security, safety of school pupils and teachers, as well as facilities.

Moving a motion to the effect during plenary yesterday, a member, Aniekan Umanah, observed that the activities of the insurgents and bandits have exacerbated the already low levels of enrolment in education and literacy in the country as 910 schools have been destroyed between 2009 to 2016 while many schools have been forced to shut down due to security concerns in the last six months.

Besides, the House was disturbed that although an initial $20 million was donated for the takeoff of the Safe School Initiative project in 2014 and as at 2018 a total of $1,720,2406 (N41 billion) has been realised as donations from countries and donor agencies, yet not much is on ground to indicate seriousness to fully implement the laudable objectives of the initiative as it relates to the safety of schools, students, teachers and facilities.

MEANWHILE, in anticipation to receive the 27 Afaka students yesterday, parents of the freed students waited in vain at the premises of the Federal College of Forestry Mechanisation, as the students were hospitalized, in Kaduna. The students, who gained their freedom from the hands of armed bandits on Wednesday, are currently receiving treatment in an undisclosed medical facility in the state.

Many parents and well-wishers who stormed the college premises to reunite with the students could not have physical contact with the students because of their health condition, were said to be undergoing medical treatment to stabilize them.

Chairman of the Parents Forum, Mallam Abdullahi Usman, said students released by the bandits were 27 and not 29 as reported by some media. He said: “The total number of abducted students were 39, out of which two escaped not long after abduction, 10 were released in two batches of five each, leaving the remaining 27, who were released on Wednesday.”

THIS is coming as the National Space Research and Development Agency (NASRDA) has said inadequate satellite and other facilities affect monitoring of bandits and other criminal elements operating in the country. The newly appointed Director-General of the agency, Halilu Shaba, disclosed this to journalists in Abuja after an interactive meeting with staff of the agency.

Shaba said the bandits have become sophisticated in their operations and waves received by the agency from remote areas show the bandits no longer use Global System for Mobile Communication (GSM) phones, but walkie-talkie.

Shaba, therefore, called for collaboration between the agency and security agencies in the country in the area of information sharing, especially when planning to launch attacks on the criminal elements.

THE Ondo State governor, Arakunrin Oluwarotimi Akeredolu in a statewide broadcast yesterday charged all traditional rulers in the state to henceforth revert to the government before allowing any group to settle in their domains, warning that “any departure from this will be sanctioned.

The governor recalled that about 42 persons whose suspicious presence caused a security scare around the Army Barracks, Okitipupa, recently, creating some level of curiosity and anxiety were pushed back from the state. “These persons who were allegedly transported from the North for a non-existent security training have since been profiled by Amotekun Corps before repatriation to their respective states.

“I have instructed our security agencies to confront with renewed vigour, all criminal elements in our State. Any individual found carrying illegal weapons should be arrested and prosecuted. Any herder who is not properly registered in our forest reserves should vacate the place, I reiterate. “

Two students of the Abia State University (ABSU), Uturu, whose identities were yet to be ascertained, have reportedly escaped from their abductors. The Nation learnt that others were still being held by the kidnappers. It was not clear whether the students were the target of the gunmen. A source said on Thursday that the students were among occupants of a mini bus heading for Uturu from Okigwe in Imo State. […]