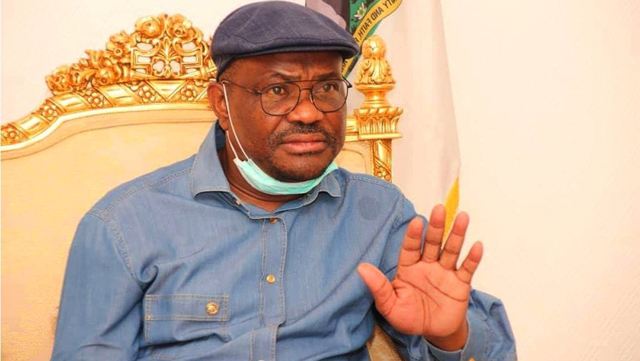 Rivers State Governor, Nyesom Wike, has declared that if the state chapter of Judiciary Staff Union of Nigeria (JUSUN) fails to suspend its strike at the month end, the state government will have no option but invoke the no-work-no-pay policy.

He said there was no justification for JUSUN to have joined the national strike as the issues did not apply to the state where the judiciary had been granted financial autonomy and significantly improved the welfare of staff members.

Governor Wike stated this, yesterday, in his speech at the special court session in honour of the retiring Chief Judge of Rivers State, Hon. Justice Adama Iyayi-Lamikanra in Port Harcourt.

In a statement issued by his Special Assistant on Media, Kelvin Ebiri, the governor said the state government was not unaware of the agreement reached among the Federal Government, the Governors Forum and JUSUN on financial autonomy for the judiciary and legislature in the country.

“We neither set up any new implementation committee because it is simply unnecessary, nor allow the state’s judiciary to submit its budget directly to the House of Assembly in breach of extant fiscal policies and regulations of the budgeting process,” he said.

Governor chided the Nigeria Bar Association (NBA) for instigating what he described as “unnecessary tension in the state over the appointment of a Chief Judge.”

He also critised the International Federation of Women Lawyers (FIDA) for advocating gender equality because the National Judicial Council (NJC) did not recommend a woman as successor to Iyayi-Lamikanra.

Speaking, Iyayi-Lamikanra, pointed out that she would be grateful to Wike, who through sheer determination, ensured that she emerged as the eighth Chief Judge of the state even though she was a non-indigene.

“Not standing on ceremonies and putting aside all sentiments and prejudices that have hobbled this otherwise great country of our since its founding. His Excellency, as if against the run of play, appointed me the Chief Judge on 8th day of March, 2016, making me the second non-Rivers indigene.”

She described the JUSUN strike as unnecessary because the State judiciary is currently enjoying full financial autonomy. She urged the striking workers to call off the strike in the interest of dispensation of justice.

Buhari   Prominent lawyers on Tuesday faulted the position of the Presidency that the Southern Governors Forum’s ban on open grazing was of questionable legality. Senior advocates, including  Professor Itse Sagay, Mr Tayo Oyetibo, Damian Dodo and Ebun-Olu Adegboruwa, in separate interviews with The PUNCH, criticised the Presidency for its wrong interpretation of the right of free movement. The lawyers stated this as the Northern Elders’ Forum took a swipe at […]